The foundation of Mujahid Group was laid when Sheikh Muhammad Ikram along with his brother with a mere sum of $20 started a small scale production of laundry soap in Sooter Gali a small industrial area in the locality of Rawalpindi, Pakistan. The two brothers facing many hurdles usually faced by most young entrepreneurs kept the small business going until 1978 when they moved to Calgarh another small scale industrial sector in Rawalpindi. They moved the whole business to Calgarh and this proved to be the turning point in the lives of the two brothers. They started to produce soap under the name of Billi brand. The brand being produced with the best methods of that time and with no compromises in quality excelled to such an extent that in less than six years the two brothers were able to go high scale and in 1984 they set up their first Large Scale Industrial unit in Islamabad with the name of Mujahid Soap and Chemical Industry.

The two brothers with the futuristic vision of Mr. Ikram and innovative approach of Mr. Suleman kept excelling together in the soap industry until 1991 when Sheikh Muhammad Ikram asked his brother to take over the Mujahid Soap and Chemical unit and he himself stepped into the Edible Oil Industry.

Hafeez Iqbal Oil and Ghee Industry was set up in 1991 in Haripur, Pakistan. Mr. Ikram who had just stepped into the Edible Oil Industry taking advantage of his over 25 years of business experience took Mujahid Group's first Edible Oil production unit to the heights of glory within no time. In a few years, MGI set up another Edible oil and Ghee unit in collaboration with it's partners in Karachi, Pakistan and another two production units at the beginning of the 21st century in two other cities of the country. Mujahid Group's next leap forward in the Edible Oil industry was to set up an Oil Refinery which was particularly related to Crude Palm Oil. The idea was improvised by setting up the Yaqoot Oil Processing & Extracting Mills in Port Qasim, Karachi. This unit not only was meant to work as a refinery but also as a production unit for various brands of Edible Oil and Ghee that are the products of Mujahid Group of Industries.

Over these years MGI has been doing business with many companies all over Malaysia specifically for the import of Palm Oil for it's Edible Oil units. So in 2010 the Board of Directors decided it to be best in the company's interests to set up an office in Kuala Lumpur, Malaysia. This proved to be a remarkable success for MGI.

After establishing an exquisite repute in the Edible Oil industry, Mujahid Group with the futuristic vision of it's CEO stepped into various Industrial Sectors and excelled to the heights in all. The next step for MGI was to step into the steel industry and so the first steel production unit was set up in Haripur, Pakistan with the name of Mujahid Enterprises. MGI also plans to launch its second industrial unit in the Steel Industry in July 2012.

One of the most important and noticeable projects of MGI is the Mujahid Oil Terminal in Port Qasim, Karachi. It was set up in the year 2002 and since the completion of this project, MGI itself Is fulfilling it's need of Palm Oil that it imports for the Edible Oil units. Mujahid Group of Industries also plans to launch another Oil Terminal by the end of 2012 which will also be located in Karachi.

During these years, Mujahid Group has also remained extremely efficient in the Petroleum & CNG sector. MGI started off with one CNG station but over the years it kept expanding it's business in the industry and at the moment MGI possesses five CNG stations all over the country and one Petrol Station in Islamabad. This Petrol Station is under licensed by the Pakistan State Oil company.

It has been over 40 years and Mujahid Group along with it's partners has been excelling in the market of South Asia tremendously and has established a remarkable reputation. MGI also has a few outstanding projects lined up for the near future. 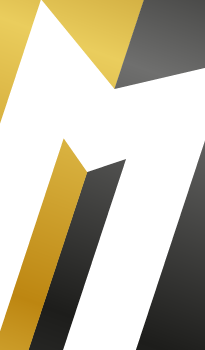